SmarTEX Features Local Advancement in World of AIoT（JP）
One of the biggest spotlights of COMPUTEX 2018 was shone on the SmarTEX exhibition. With 145 companies occupying up to 339 booths, SmarTEX was filled with products which offered attendees a glimpse into the future of electronics. While 2017 heavily featured the incorporation and application of IoT (Internet of Things) into the everyday lives of people around the world, an advanced version of the concept was presented to the masses in 2018: AIoT (Artificial Intelligenceof Things). 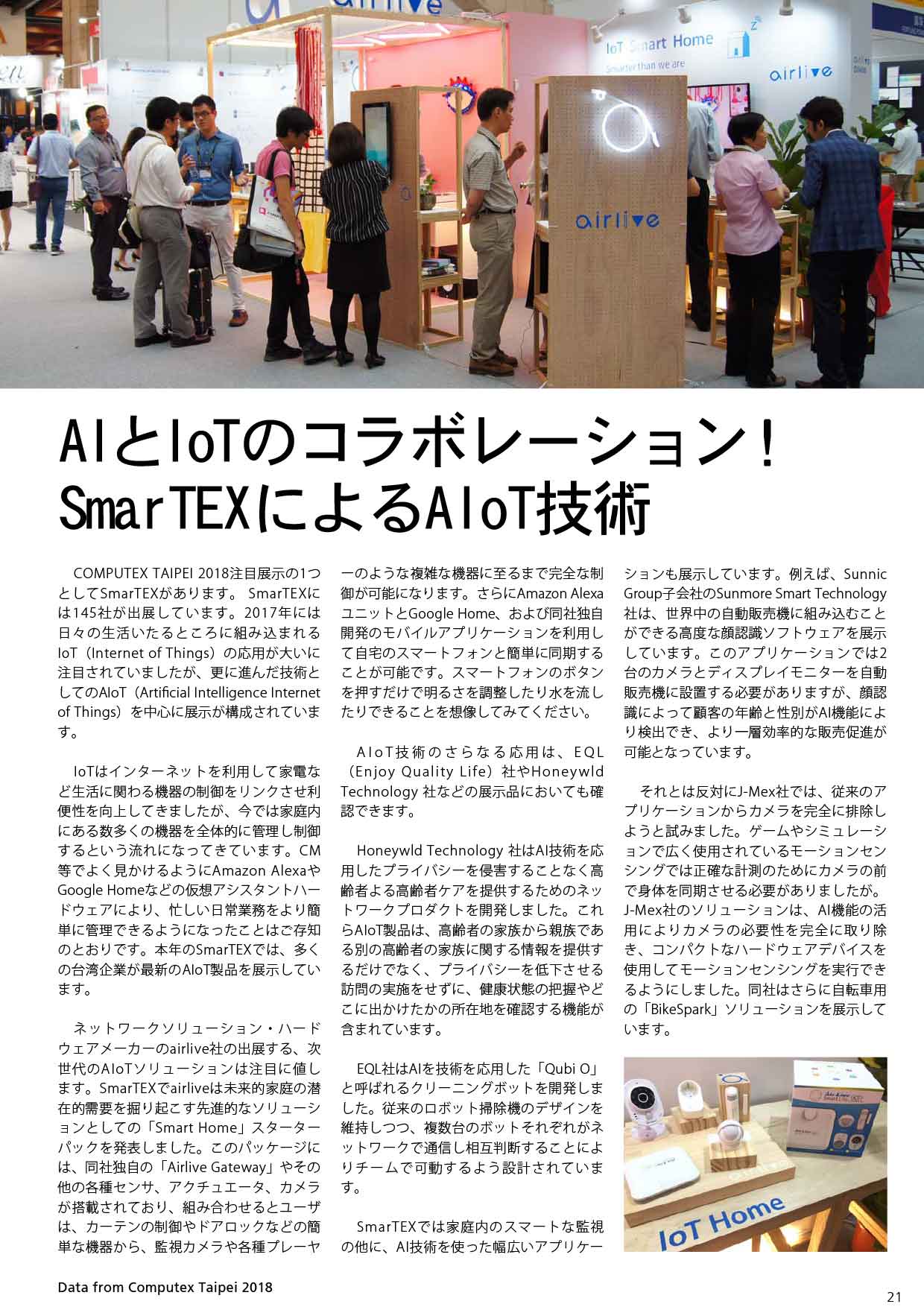